Obesity and Australian life style do not quite go together. Or that is what we thought.

Famous for their active lifestyles, rugged outdoor routines and, above all, sea shore activities, Australians were considered to be the least likely to get unhealthy or, even worse, obese.

But recent reports of obesity came as rude shock to the world and a warning to Australian population. Obesity figures have reached millions. About 5 million Australians fall under those with BMI more than 30.

Health reports begin to be widespread stating obesity to be the major and singular threat to public health in the continental nation. If the current obesity figures continue, chances are that about 80% of its adults and 33% of its kids by the year 2025 will fall under "obese" category.

If suffering from obesity was just about having to go around in bodies with a bit of extra fat, it could have still been tolerable. But obese body becomes an ideal playground for all kinds of unwanted diseases like diabetes, heart attack, stroke, asthma, hypertension, high BP, CVD, chronic kidney disease and many types of cancers.

If figures are to be true, more than 900,000 in Australia already suffer from diabetes. It is reported that Every Five minutes One Australian develops Diabetes 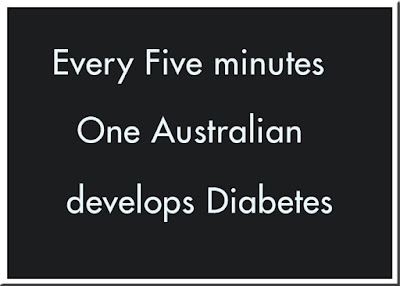 Australia has gained its place among the most obese nations in the world only next to United States, Mexico and New Zealand.  Men have more reason to be concerned because with 70% of the males reported to be obese as compared to 56% females. But if things can go worse than this state of affairs, it goes like this- the extremely high cost of medical care has made it difficult for Australians to undergo weight loss surgery in their country.

Weight loss surgery or Obesity surgery is such a costly affair that common people cannot even think of spending on them unless they want to risk their entire savings.

And this is not a simple problem. The risk of suffering from Obesity is much higher than people normally imagine.

Inspite of many people undergoing bariatric surgery all over the world, there are many myths associated with Weight loss surgery.

Read to Know the Myths Associated with Bariatric Surgery.

There are many benefits of weight loss surgery not only in terms of better self image and confidence, but many health benefits that come with weight loss. Here are a few of them: 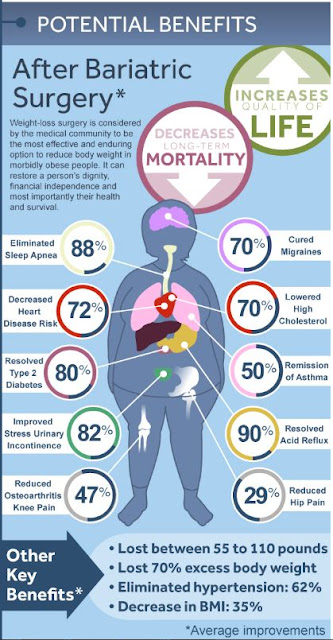 However, the major problem becomes the cost of bariatric surgery in Australia which is too high and thus only a few can really afford to have the surgery.

But thanks to the phenomenon known as medical tourism; Australians have a choice.  And they are happily accepting it. More and more Australians are choosing to get their plastic surgery, dental treatment and bariatric surgery in India. Thanks for ever increasing reputation of Indian doctors and Indian healthcare; people from all across the world are looking at India as their most preferred medical tourism destination.

Besides cost, there are many reasons for Australians to get their weight loss surgery in India. Both the nations have always had such an amiable cross cultural relations. India’s superior health care facilities have easily made it among the world’s most popular medical tourism destination.

Not only the cost of bariatric surgery in India is much affordable, weight loss surgery is done by Board certified surgeons with many years of experience. Since English is widely spoken in India, language is never a barrier.

With Indian Govt relaxing visa for Australians, traveling to India has become much easier. One can opt for tourist visa on arrival as well when opting for short stay procedures. 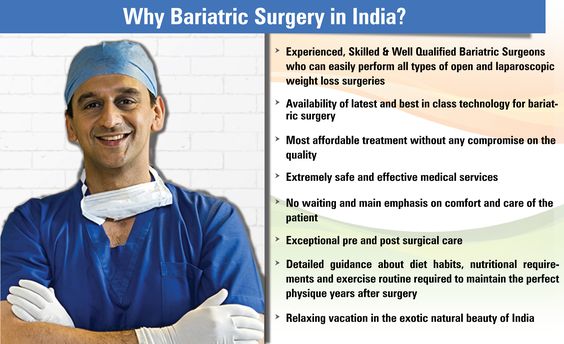 Because of the wide difference in the exchange rate of the currencies of the two countries-India and Australia- even a middle class family can easily afford  weight loss surgery at best hospitals in India.

Many of our satisfied clients are from Australia and their grateful testimonials frequently report how in spite of adding the costs of traveling overseas and the related costs, the relative savings they incur is such a killer deal that they would surely recommend our services to their kin and family.

The word spreads faster than lightening. It sure does. As more and more people from around the world had access to the best of health care medicine can provide at the cheapest possible costs, India’s fame grew as a trustworthy host of medical tourism.

Weight loss surgery is a major surgical procedure. It does not make you lose weight by extracting fat out of the body, instead think of it placing a stopover over your frequent hunger pangs. It is essential that you educate yourself with all the possible after effects, lifestyle changes that you need to make before you say yes to a bariatric surgeon. Got further queries? Feel free to talk to us.

IndiCure is the most renowned provider of obesity surgery in India. With hundreds of happy clients from over 30 countries, IndiCure understands your requirements well.