In this era of abundant healthcare choices, Medical Tourism stands out to be an important aspect from a global health perspective. It is indeed one of the illustrations of globalization.

The hospitals in India have increasingly found a mention in the traveling circuit of foreigners, with the trend of medical tourism gripping the country. India is one of the trending leaders in health tourism since the country has an enormous skilled manpower and technological edge. 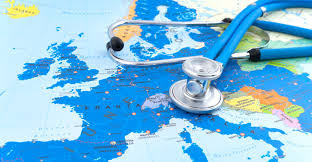 Healthcare Scenario in the US

One study released that around 49.5 million American adults under the age of 65 (28%) have no health insurance which is extensively discussed in healthcare policies. Further, about 42.5 million (24%) underinsured adults are less recognized.

In 2007, studies revealed that medical bills were solely responsible for over 60% of bankruptcies considering the fact that three-quarters of these nationals had health insurance at the onset of their illnesses.

Other study found that people were paying much more out-of-pocket despite eligible health insurance coverage. The ever-swelling cost of American healthcare is enough to persuade many residents to pursue care or treatment alternatives abroad.

Eight years after passing the Affordable Care Act, the rate of uninsured amidst the U.S. adults with age group - 19 to 64 was 12.45% in 2018, statistically unaltered from 2016; undeterred by the measures taken by the Trump administration and the Congress. 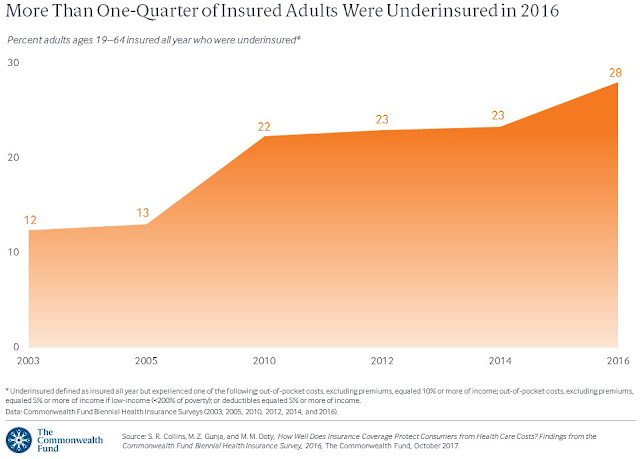 With the lack of health insurance, the Americans are prone to many adverse health consequences which include emergency room and urgent care visits for aggravating asthma symptoms, utilization of the thiazolidinediones among diabetic patients, deteriorating outcomes post-acute myocardial infarction, health care usage post injury or drawing a new chronic condition and diagnosing advanced stage cancer. The latest nationwide increase in presumed “retail clinics” has been linked to poor health insurance coverage.

Patients around the globe are electing to pursue treatment alternatives outside their domestic healthcare system. United States is one such country where the patients are exercising increasing degrees of liberty to opt for potential care alternatives.

The acceptance of medical tourism is growing in the United States, as a recent poll showed more than 40% of US nationals are willing to travel abroad for treatment.

An increasing number of uninsured or underinsured Americans and the escalating cost of treatment options in the United States have encouraged growth in patients traveling abroad for reasonable care.

Why Medical Tourism in India

India is one of the remarkably attractive options for American patients due to the means of obtaining services at comparatively cheaper rates, which can help uninsured and underinsured Americans acquire trouble-free access to care. Today thousands of Americans travel to India for medical care every year. They come for everything from tummy tucks to teeth whitening and even open heart surgery.

Advantages of Medical Tourism in India

India has a large number of hospitals contributing quality care from English-speaking professionals at reasonable rates. Being one of the most popular foreign healthcare providers in the world; the doctors' expertise and the medical supply quality is as good as that of the most developed countries around the globe.

India stands out in the context of medical tourism infrastructure. In the top 10 medical hospitals in the world, India owns 2 of them. Moreover, India has 38 hospitals accredited by JCI – Joint Commission International.

Following are few important reasons for the popularity of Medical Tourism in India:

With professional medical tourism companies like IndiCure offering end to end services to medical tourists seeking India as the medical tourism destination, the process has become convenient and affordable for the patients. With the right guidance, people are finding traveling to India great value for money.

In the US, even basic treatments take weeks of waiting period before consulting a doctor and can take months for the surgeries or treatments to succeed.

However, in India, most hospitals provide care the same day which certainly saves a lot of time and the difficulties that accompany the never-ending waiting period. An ever-increasing number of Americans are coming to India for low estimated medical techniques.

Further, it has been estimated that the treatment cost in India starts at around a tenth of the price of what it is in the US. India also has all sorts of provisions one would need, often accompanied by highly-qualified doctors.

A quick comparison of the cost of treatment in India vs the US:

Lower prices solely would mean nothing unless they came with the perfect package of ultra-modern equipment and well trained medical professionals. The government of India has supported this trend by lowering the import duty on medical equipment and opening up the trade market, which has led to the availability of world-class health care equipment and infrastructure with much cheaper rates than that elsewhere. This has allowed the hospitals to lower their tariffs as well.

Contributing to this trend is the availability of e-medical visa that allows the tourists a permit to stay in India for 30 days on medical grounds. For the promotion of this industry, India had introduced medical visas in June 2005 which has allowed citizens of nearly 150 countries to apply entirely online.

To encapsulate the benefits, insurance companies in the US have begun to consolidate foreign care into their coverage, which in turn offers discounts to patients willing to travel overseas. Moreover, few healthcare experts believe the continued US healthcare cost crisis will steer an increase in medical tourism.

Medical Tourism in India is evidently a boon for the uninsured or the underinsured Americans who pay out-of-pocket health costs that are more than 40 percent of their income after they paid for food.

IndiCure is the most renowned medical tourism company in India offering medical treatment in association with the best hospitals in India. We have served more than 8000 patients from 40+ countries and have more than a decade of experience in Delighting medical tourists.